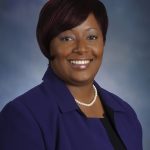 Tineke Solomon is the Human Resources Business Manager in Central Human Resources Administration for Georgia State University. With 16 years in the Human Resources field in higher education, state government and healthcare. In her current role she oversees HR Business Operations and functions in an HR Generalist capacity handling all Human Resources; including budgeting, classification & compensation, employment, payroll, benefits, employee relations, training, organizational development & change management, AA/EEO investigations and strategic initiatives. She is pursuing her MBA in Management at Brenau University.  She holds a BA in Sociology from Georgia State University and an AA in Accounting from Phillips College of Atlanta. A native of Atlanta, Tineke is involved in numerous civic and charitable organizations and actively mentors others seeking careers and enriching education. Additionally, Tineke is a member of the Executive Leadership Academy for Women Class of 2013. 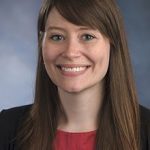 Emily Diffenderfer is the Assistant Director of Communications for the Georgia State University College of Law. She assists the Director with planning, writing, and editing print, digital and media communications for the college. She initially joined GSU Law as Website Coordinator in 2010 and continues to maintain law.gsu.edu and related sites for faculty, staff and students in her current role.

Prior to her arrival, Emily worked in public relations and online content with the High Museum of Art, Paste Magazine and the Center for Puppetry Arts. She was born and raised in Atlanta, and volunteers with the Georgia Lions Lighthouse Foundation. 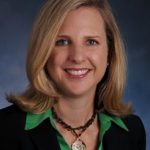 Dr. Self-Brown is an Associate Professor at the Institute of Public Health (IPH). She received her Ph.D. in child clinical psychology from the Louisiana State University in 2004, with a specialization in child trauma and pediatric psychology.    Dr. Self-Brown is currently the Director of the IPH Ph.D. program, and is Associate Director of Research for the National SafeCare Training and Research Center where she serves as the principal investigator on several federally- and privately-funded grants. Dr. Self-Brown has published more than 30 peer-reviewed articles on topics related to child trauma and maltreatment.  She currently serves on the Editorial Board of Child Maltreatment. 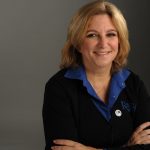 Jennifer Staats Moore is Assistant Director of the Rialto Center for the Arts, overseeing fiscal and operational management. Responsible for financial planning, fiscal & administrative activities, ticket services and human resources, she also collaborates on marketing strategies for the Rialto Series.  She has simultaneously served as an adjunct professor in the J. Mack Robinson College of Business at Georgia State University, teaching the course Festivals, Fairs and Entertainment Management.

Jennifer earned a BA in economics and political science from Vanderbilt University and a MBA from Auburn University. She is regarded as the leading international authority on regional ticketing associations, mentoring regional groups across the continent.  She is also an active member of INTIX (International Ticketing Association), having served as board chairman, and is a recipient of the Patricia G. Spira Lifetime Achievement Award. Jennifer is a frequent presenter at ticketing industry conferences, and also holds leadership roles on several community boards.

Since 2001, Heather Russel has had the pleasure of working in the Department of English at Georgia State University, where she earned an M.A. in 2001 and a Ph.D. in 2008, both with concentrations in fiction writing.  Assisting the Directors of Undergraduate Studies and Creative Writing, Heather represents the department at university-wide recruitment fairs, and she collaborates with departmental and university advisors to strengthen the student retention rate.  She has helped develop the Presidential Assistant and University Scholar programs in the department, and she has mentored the students in those programs.  With the Creative Writing faculty, she works to organize lectures by noteworthy authors and to guide students through a rigorous graduate program that is earning national recognition. 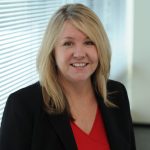 Melody Paris is the associate director of the Executive MBA (EMBA) program at the J. Mack Robinson College of Business. In this role she primarily handles the marketing and recruitment functions of the program. Prior to working for GSU, Melody worked in corporate marketing in the wholesale trade, commercial development, and residential/military homebuilding industries. She has worked with clients such as Heather McCartney, True Value Hardware, Hearst Publications, U.S. military, and others.

Melody holds a B.S. in Business from the University of Alabama at Birmingham, and a M.S. in Marketing from GSU. She is on the Board for the Atlanta Humane Society, and a member of the operations committee for WRFG 89.3 FM Atlanta, where she hosts a live show weekly on animal and environmental rights. 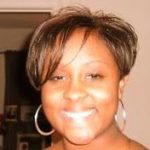 Lyndsy Greene is the Associate Executive Director of the After-School All-Stars program housed in the Dean’s office of the College of Education.  After-School All-Stars is a program that provides enriching after-school opportunities that are engaging and promotes student success in school and life. Lyndsy has worked for the organization for nine years and has been instrumental in expanding the program which now serves 2500 students each day at 15 sites across metro Atlanta.  She is a 2003 graduate of Georgia State University with a Bachelor of Arts degree in Journalism as well as graduate of Kennesaw State University with a Masters in Public Administration.  Currently, Lyndsy is pursuing a Master’s in Business Administration from Kennesaw State University.  In her spare time, Lyndsy loves to travel and spend quality time with family and friends. 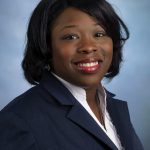 Ms. Brown is the Associate Director of Annual Programs.  She oversees all mail solicitations and special projects such as the Class Gift Campaign.  She’s developed several reports and projects, such as Cost vs. Cash, which helped save the department nearly $100,000. Ms. Brown works closely with a team of five to ensure over 140,000 individuals are solicited annually using the most effective and efficient methods. Along with the team, her contributions and collaborations helped the university secure over $3.6 million since FY10.   Ms. Brown began working at Georgia State University in 2009. She earned a BBA in Marketing from Georgia State University, and she also holds a Green Belt Certificate in Lean Six Sigma.

Kirsten Soriano began working at Georgia State University in 2007 as the Commencement Manager.  Here she was responsible for moving the on-campus commencement ceremonies to the Georgia Dome.  As Commencement Manger she started in the Office of Stewardship and Events, later named Donor Relations and University Events.  In 2009 she moved to the University Events Department in the Division of University Relations.  Kirsten currently serves as assistant director of university ceremonies and events where she works on a variety of presidential-level events such as building dedications, groundbreaking ceremonies, faculty and staff recognition events and private dinners.  She also works on campus-wide events including Homecoming and Commencement.

Prior to working at Georgia State, Kirsten was Director of Events at Florida State University for seven years.  During her tenure, she received the Gabor Superior Accomplishment Award and President’s Employee of the Year Award.

Kirsten feels honored to be part of the Georgia State ELAW 2013 class and looks forward to supporting Georgia State in its growth and development.

Send this to a friend